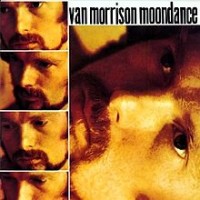 Van Morrison and the Summer of ’69 campaign are proud to release Van Morrison’s universally critically acclaimed third album ‘Moondance’ on a orange vinyl disc. The album spans Blues, rock, jazz and folk and has gone on to be a quintessential album in redefining and adding to these genres.

Receiving rave 5 star reviews from Rolling Stone and the Independent, the album has come to be regarded as a culturally significant release, also helping Morrison establish himself as a major artist in popular music, while several of its songs became staples on FM radio in the early 1970s. The title includes classic tracks such title ‘Moondance’, ‘Into the Mystic’, and ‘Crazy Love’.