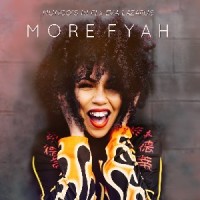 Raised out of one of the most musically creative cities in the UK, Mungo’s Hi Fi have made a massive contribution to Glasgow’s musical story with a respectful nod to Jamaican sound system tradition. Founded in 2000, Mungo’s was formed by two like-minded DJs, inspired by the free party scene but following the Jamaican tradition of King Tubby and Jah Shaka. True to reggae/dancehall’s DIY ethos, they built their first sound from speakers found in a skip and began producing on an old Atari. They started inviting visiting vocalists to their regular nights in Glasgow to hold the mic and then join them in the studio. Following early recordings on London’s Dubhead records, including debut album "Mungo’s Hi Fi Meets Brother Culture", they founded the Scotch Bonnet Records label in 2005.

Today Mungo’s Hi Fi’s three DJs, Craig, Doug and Tom play all over the world, assisted by the team at Scotch Bonnet Records: all committed to spreading their philosophy of serious, seismic productions plus easy going democratic dancehall fun. Highly collaborative, they’ve worked on remix projects with Leftfield, Coldcut, Submotion Orchestra, Kahn and Prince Fatty in the UK to Major Lazer in the US and are currently expanding links with East African Records based in Uganda. The vocal collaborations go much further, from foundation Jamaican legends such as Sugar Minott, Ranking Joe and Johnny Clarke to contemporary artists like Charlie P, Kenny Knots, YT, Solo Banton, Parly B and Marina P. This is Eva's first full length album, having recently featured on tracks with Swindle, Zed Bias, Jus Now and Gentlemans Dub Club. A multi genre artist, she has been making waves worldwide, fresh from her first global tour which took in Panama, Dubai, Uganda, Kenya, India, Vietnam, Australia and New Zealand. Her releases include The Nextmen vs Gentleman's Dub Club "Pound for Pound" and Benny Page "Front Left". She is also set to release her first solo EP later this year and has a starring role in ‘Kid_X’, a theatre production that charts a futuristic romance between a boy with a bionic heart and a famous rooftop selfie queen.

Matt says: Scotch Bonnet bass stalwarts Mungo's Hi-Fi are bread and butter for our reggae section, always garnering our shelves with a release or two every year. "More Fyah" is this year's long playing offering and boy is it killer. Dancehall, bass, roots, dub and reggae flavours are all represented in authentic yet inspired and creative form, there's a few UKs determined to keep reggae fresh, and Mungo's Hi-fi rate up their with the best of the bunch.

Various ArtistsSoul Jazz Records Present Punk 45 - Chaos In The City Of Angels And Devils: Hollywood From X To Zero & Hardcore On The Beaches