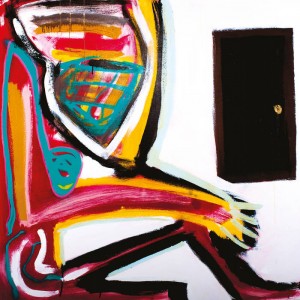 An amorphous musical collective put together by Rich Machin and Duke Garwood, with a rolling cast of players assembled from the likes of Soulsavers, Spiritualized, Stereolab and Julian Cope. For Machin, Garwood and the other musicians (Ray Dickaty, Tim Lewis (aka Thighpaulsandra), Pete Marsh, Paul May Doggen), a sense of adventure and devil-may-care inventiveness took precedence over precise design when they started the recording process at Gabriel’s Real World studio in the autumn of 2017.

'One of the big things I wanted to achieve with this record was breaking away from things being super planned out,' Machin explains. 'To actually just go into a studio without having everything mapped out in advance. And being comfortable enough to see what happens. It was incredibly stressful at first, but once you realize it works it’s actually a really nice way to work.'