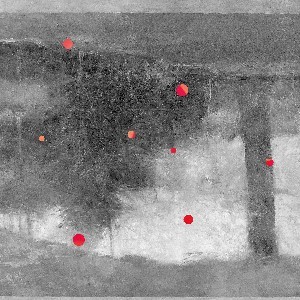 Modern Studies’ much praised ‘Welcome Strangers’ album from 2018 re-imagined by designer / musician Tommy Perman. “A heady compendium of haunted disco lullabies for foggy urban woodland raves and psychotropic campfire sing-alongs,” said The Quietus of the original Perman (Random Audio Therapy Unit, Cybraphon) re-invents it as a series of modern electronic compositions, like Brian Eno, John Carpenter and Tangerine Dream’s offspring hanging out with Aphex Twin’s twin. “My solo work follows an analytical documentary style and much of it has taken the urban environment as inspiration.” On their previous work together as Water Of Life, The Vinyl Factory claimed Perman and Rob St John’s music as "a fascinating and ambitious project that tests the boundaries of what we perceive as music in the environments we live in". A Frankenstein moment? A monster of ambient ardour, ‘Emergent Slow Arcs’ is something else. An electronic homage, a mystical re-telling that sounds so askew from the sum of its parts it has a life all of its own, traversing an arc previously unchartered.

A1 Ephemeris Mist
A2 Faraway Hills
A3 Celestial Dance
A4 Moonshot