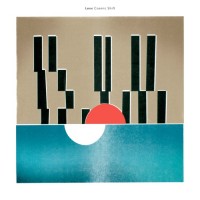 Cosmic Shift by Swiss based DJ and Producer Lexx aka Alex Storrer, is a smartly crafted blend of styles from start to finish. Soulful sounds of the inner city meet distinct melodies with a longing for an island in the sun.
The album encompasses Neo Soul, Dub, Pop and traces of the producer's twenties as a Hip Hop addict in the golden era of the genre. Collaborators include the Los Angeles based Woolfy and Harriet Brown, Ella Thompson from Melbourne, Jonnny Spencer of Chicken Lips fame and up and coming songstress Asé from Zurich. After a long list of official remixes for many renown labels and occasional singles, Lexx ultimately felt the urge to tell his own story. It’s intimate, the sound of dawn, of twilight. Right before the night falls.