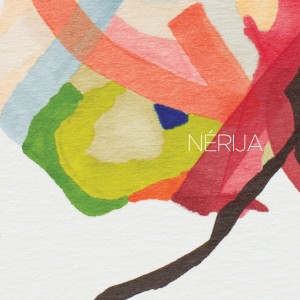 Recorded in the boat-shaped confines of London’s legendary Soup Studios and produced by Kwes, the overarching goal with Blume was to simply capture the rawness, warmth, joy and the spirit of their relationship and performance. One of the recording aims was to channel the feel of Teo Macero and Stanley Tonkel’s records with Miles Davis during his Columbia years, thinking “forward” as they did but for this band, capturing the controlled chaos and frame it with a timeless elegance.

"Blume" is a truly breath-taking collection of compositions that perfectly encapsulates everything Nérija; vibrant, engaging, infectious and truly current. For just over an hour, they take us on a sprawling wonderful journey, arriving at what is a majestic body of work; their personal and collective experiences and inspirations over the last half decade or so.

Emily says: New London jazz supergroup Nérija have debuted their radiant, horn driven sound in 2019 to great acclaim. ‘Blume’ expands on the foundations they established earlier this year with their self titled EP. Teeming with lush harmonies, syncopated riffs and plenty of afrobeat shuffle, it is sure to impress fans of Kokoroko, Ezra Collective and Maisha.