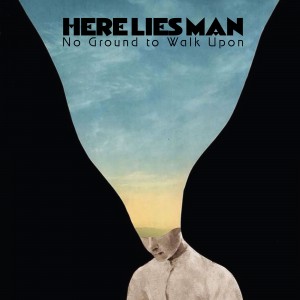 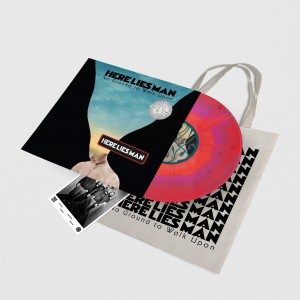 Here Lies Man took the music world by storm in 2017 with their self-titled debut positing the intriguing hypothesis: What if Black Sabbath played Afrobeat?

Since that time, Here Lies Man has expanded and expounded upon their sound and ideas of heavy riff rock and psych within the ancient rhythmic formula of the clave. The L.A. based band comprised of Antibalas members have toured relentlessly over the past 2 years, while also releasing a second album, You Will Know Nothing and an EP, Animal Noises, both in 2018.

No Ground to Walk Upon is their third album, and continues with an ongoing concept of HLM playing the soundtrack to an imaginary movie, with each song being a scene. The lead single “Clad in Silver” is the soundtrack snippet of a journey to the imaginary place called home, which can never be arrived at. With every step, the character imagines getting closer, but it is a hallucination that fades in and out of perception.

Their debut album Here Lies Man was very well reviewed and featured in loads of end of year polls. BBC 6 & Classic Rock Magazine deemed it among the year’s best, as well as countless other press outlets singing its praises. 2018’s You Will Know Nothing furthered the band’s reputation for genre-smashing rhythmic experimentation, topping many year-end lists as well as earning features from countless metal and indie rock outlets, plus cover stories in weekly papers. No Ground to Walk Upon is the next step in the band’s rapid ascent to what is bound to be influential upon riff based rock.

“We’re very conscious of how the rhythms service the riffs,” explains founder and vocalist/guitarist/multi-instrumentalist Marcos Garcia (who also plays guitar in Antibalas) of the band’s sound. “Tony Iommi’s (Black Sabbath) innovation was to make the riff the organizing principle of a song. We are taking that same approach but employing a different organizing principle: For Iommi it was the blues, for us it comes directly from Africa.”

No Ground To Walk Upon also includes an interesting conceptual mathematics to the entire proceedings, a theme begun on the prior album. “There are interludes between each song that are 2/3 to 3/4 of the tempo of the previous song,” Garcia says. “The reason it breaks down to 2 over 3 or 3 over 4 is that everything in the music rhythmically corresponds to a set of mathematical algorithms known as the clave. The clave is an ancient organizing rhythmic principle developed in Africa.”

Garcia and cofounder/drummer Geoff Mann (former Antibalas drummer and son of jazz musician Herbie Mann) recorded the album much like they did their previous releases, at their own L.A. studio on a Tascam 388 8-track tape machine. Additional layers were recorded with former Antibalas keyboardist Victor Axelrod and other contributors in various other locations, all while the band continued its rigorous touring schedule.

Barry says: it's pretty impossible not to nod your head along to Here Lies Man, as alluring as the best funk and the most playful rock groove all mixed into one package. Fiery distorted guitar, rhythmic syncopation and hazy, chunky riffage. The Perfect combination.