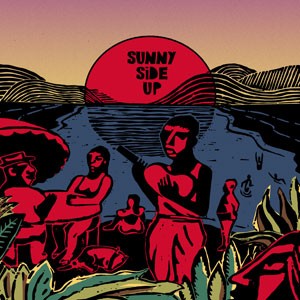 A heavy new compilation from Brownswood shines a light on the independent underground in Melbourne, where a close-knit collection of artists have taken cues from soul, jazz and club culture to carve out a fresh Melbournian sound. Featuring nine different groups, many of them sharing members and studios, the record surveys the musical contours of this bubbling scene, nodding to house, broken beat, samba, p-funk and soul.

Recorded over a week at The Grove, a fabled house-cum-studio in the North Melbourne suburb of Coburg, it’s home to the record’s engineer, Nick Herrera, and two members of Hiatus Kaiyote, the city’s breakout gangster-soul dons with whom many of the record’s personnel have collaborated. Silentjay was musical director, the Rhythm Section-affiliated multi-instrumentalist and producer (who’s played with Joey Bada$$ and Flying Lotus) marshalling together the album’s different players, many of them part of influential collectives 30/70 and Mandarin Dreams.

Nurtured in the city’s collaborative, close-knit confines, the scene has been bubbling up under the radar of Australian music institutions, in the garages and makeshift studios of Melbourne’s suburban sprawl. Sunny Side Up is a colourful portrait of the scene’s potential, exploring the story behind this flourishing period and shining light on some of its most compelling figures.

Millie says: Brownswood shifts its focus to creative collectives from Melbourne in Sunny Side Up, filled to the brim with Afro-beat, jazzy goodness and samba. From Allysha Joy to SilentJay, this compilation provides the relaxing chilled tones which make you want to sail away on an idyllic coastline.