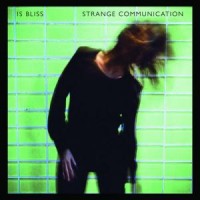 Highly anticipated debut album from Portsmouth based psych aficionados, Is Bliss. Having received critical acclaim for their first two EP's; 'Velvet Dreams' and the follow-up 'The Honeycomb Explosion', the south coast trio have been busy in the studio and have created a no nonsense, full on, psych induced jewel. Formed via a shared love of Slowdive, Spacemen 3 and Verve, their incendiary live shows have caused a stir across the underground psych scene.