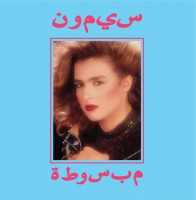 BACK IN STOCK!!! This one sold out in approx 16 seconds and for good reason. Originally released in 1991, this is a killer Egyptian cover version of Suzanne Vega - Toms Diner by Simone, Egyptian singer and actress. Now aside from the obvious and excellent curio / nerd points this garners, it also kills it on groove, vocal and attitude, and is guaranteed to flip the script on your next Balearic / disco / selector set.  Originally only released on CD, this version is now remastered for vinyl and pressed on 12" maxi format. Including a bonus beat edit of "Rekka" by Castro for a tasty B2 treat.