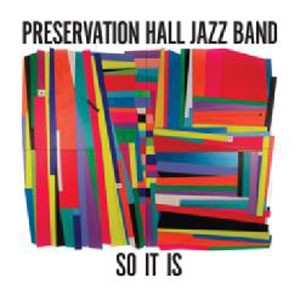 ‘So It Is’ (2017) finds the classic Preservation Hall Jazz Band sound invigorated by a number of fresh influences, not least among them the band’s 2015 life-changing trip to Cuba. A visit to the island, so integral to the evolution of jazz and New Orleans culture in general, had long been in the works when President Obama’s diplomatic opening suddenly allowed for a more extensive journey than had originally seemed possible. Producer David Sitek, a founder of art rock innovators TV On The Radio who has helmed projects by Kelis, the Yeah Yeah Yeahs and Santigold among others, offered both a keen modern perspective and a profound respect for the band’s storied history.