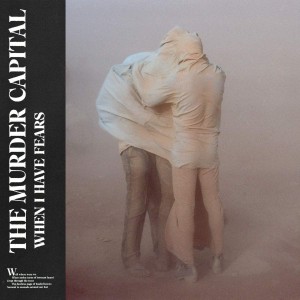 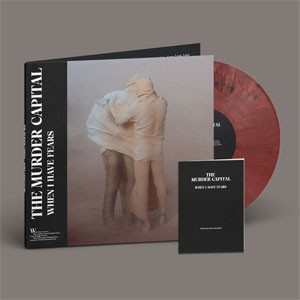 Called out by The Irish Times as “Ireland’s best new rock band” and named as an one of NME's “100 Essential New Artists for 2019," When I Have Fears is the debut album from Dublin, Ireland's The Murder Capital.

Produced by Flood (PJ Harvey, New Order, Foals) the album features both singles from the band so far, "Feeling Fades" and "Green & Blue", as well as the first studio recording of breakthrough track "More Is Less".

An exercise in both darkness and light, “When I Have Fears” only serves to highlight the early ambition in the band's sound. From the post-rock build and breakdowns of the two-part "Slowdance", to the tender, bruised confessional of "On Twisted Ground" and industrial pulse of closer "Love, Love, Love", there's a consistent intensity throughout that marks out The Murder Capital as a band arriving fully formed on their debut album.

Darryl says: “For Everything” kicks off proceedings and sets the blueprint is set for much of this amazing debut album; a pummelling bassline, huge stomping drums, soaring guitars, and raw vocals.
‘When I Have Fears’ is a colossal and remarkably self-confident statement by this Dublin quintet, they create a perfect storm of unsettling post-punk grind and bruised reflection. The guitars rage with echoes of prime Sonic Youth and at other times they brood with the expressive chill of Joy Division, in the meantime the bass and drums underpin the sound with blistering assuredness, and over the top of this wonderful cacophony James McGovern’s spoken-word vocal drawl hits somewhere between James Murphy and Mark E. Smith.
Written following the suicide of a close friend, ‘When I Have Fears’ displays a pensive raw emotion and a remarkable reflectiveness on their shared grief that totally belies the age of the band. Quite simply, an astonishing debut album.