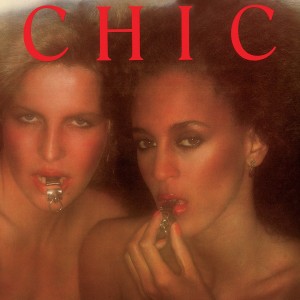 Each album was remastered from the original Atlantic stereo tapes by Miles Showell at Abbey Road Studios. Rodgers served as executive producer and supervised the remastering with the approval of Bernard Edwards’ estate. To ensure exceptional sound quality, the albums were mastered at half-speed and pressed on 180-gram vinyl.

The group's 1977 debut, self titled of course, introduced the world to the majesty of America's premier disco ensemble, and a whole load of happy people glued to the floor thanks to the sublime "Dance, Dance, Dance (Yowsah, Yowsah, Yowsah)" and "Everybody Dance".