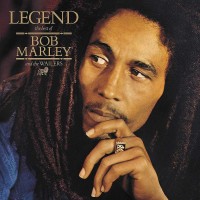 On June 14, The Marley Family, Island Records (celebrating it’s 60th Anniversary), and UMC join collective forces to observe the 35th anniversary of Bob Marley & The Wailers’ "Legend" with a double 180-gram vinyl reissue.
Initially released on May 8, 1984, "Legend" holds the distinction of being the world’s best-selling reggae album of all time. A greatest hits compilation for the ages, "Legend" is the soundtrack to the remarkable life and recording career of one of reggae music’s most important and influential figures. This iconic collection not only serves as the perfect introduction to the music of Bob Marley, it has also become an essential element of every reggae fan’s permanent collection.
This vinyl-only 35th anniversary reissue comprises the original “BMW1” version of Legend with the addition of two original U.K.-only cassette bonus tracks (“Easy Skanking” and “Punky Reggae Party”). Among the album’s instantly recognizable tracks are “Get Up Stand Up,” “One Love / People Get Ready,” “I Shot The Sheriff,” “Three Little Birds,” “Jammin,” and “Exodus.” Other Legend anthems like “No Woman No Cry” and “Is This Love” feature backing vocals from The I Threes, an all-female trio comprised of Marley’s wife Rita Marley, Judy Mowatt, and Marcia Griffiths.

Bob Marley & The WailersCatch A Fire