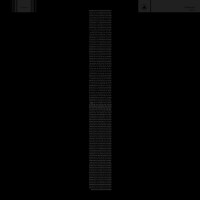 The long-awaited fourth full-length by Föllakzoid isn’t merely a recalibration for the band. It is a multidimensional reconsideration of what the process of songwriting, performance, and creating a work of recorded music can be.

Föllakzoid grows via depuration, aiming with each record to fill longer spaces of time with fewer and fewer elements. The creative perspective of the band has always been about unlearning the narrative and musical knowledge that shape the physical and digital formats and conceptions available, both visually and musically in order to make a time-space metric structure that dissolves both the author and the narrative paradigms. “We found our sonic and metric identity even more in these songs than in our previous attempts,” guitarist/singer Domingæ GarciaHuidobro explains.

Unlike past Föllakzoid records, that were done in single takes with the full band, this record took three months to construct out of more than 60 separate stems – guitars, bass, drums, synthesizers, and vocals, all recorded in isolation. Producer Atom TM, who was not present for recording, was then asked to re-organize the four sequences of stems without any length, structural restrictions or guidelines. Those sequences ultimately became the four long tracks that appear on I.

The result of this was a set of songs where neither the band’s, nor the producer’s, structural vision primarily shaped the metric or tonal space shifts, but where both were still subliminally present in each of the parts that form the structure and the frequency modulations that guide them.

“We invite you to join us in sharing the experience of being led by this nonrational, sonic artform and its energy. It is also an invitation to connect once again with your inner master and his intuition, erasing the systematic rationalization that usually follows creative forces when perceived, to guide you on this holographic simultaneous simulation where reality is rooted in,” Domingae added.

Matt says: While I've moderately enjoyed everything this Chilean prog-psyche band have conjured up in the past, it's this, their Basic Channel-indebted, drone-techno opus that's really captured my imagination. I swear you could drop a couple of these monstrous workouts in the main hanger at Sonar, while the growling machine whirrs could soundtrack a million next-day apocalypses in poorly lit studio flats as the inhabitants melt into the walls.

Barry says: In a perfect storm of four long tracks and dark, brooding front cover, Föllakzoid have once again piqued my interest, and it's safe to say the music itself doesn't disappoint. Brooding droney instrumentals, cosmic percussion and industrial synths grow into a perfectly measured and brilliantly executed whole. Long live Föllakzoid.