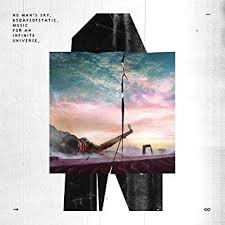 Laced Records have teamed up with 65daysofstatic and Hello Games to bring you No Man’s Sky: Music for an Infinite Universe across digital, CD and vinyl formats. After the track ‘Debutante’ accompanied the first reveal of No Man’s Sky in 2013, the band spent over a year composing original music for the game’s soundtrack. No Man’s Sky’s procedurally generated universe is unlike anything yet seen in the gaming world, and 65daysofstatic’s sonic assault is equally ambitious. The release itself comprises 10 tracks of original music, plus a second collection of 6 soundscapes and sound design, an all-encompassing journey of almost two hours. The 6 additional soundscapes are exclusive to the Laced Records release.

No Man’s Sky: Music for an Infinite Universe is equally grand in its ambition, an experimental and overwhelming sonic experience that pushes 65dos into new territory while retaining their innate sense of relentlessness, driving rhythm, and a tune you can hum.

Barry says: It's been a while, but there really is no more thrilling an experience in the computer gamesphere than jetting through the stars to an unknown destination with the machine gun percussion of 65DOS pumping in your lobes, or cataloguing completely undiscovered subterranean caves with trickling ambient washes and synth swells filling your ears. This soundtrack is a perfect balance of the heft we've come to know from the band and a distillation of their ambient mastery, all in one beautiful double LP. Essential purchase.