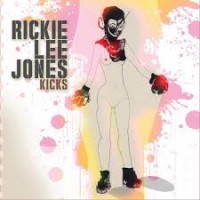 Kicks is an eclectic album of ten cover songs - from "Mack The Knife" written in 1928 for a German musical (known in the U.S. as The Threepenny Opera) that became a jazz standard, to "Bad Company" the eponymous theme song for the British rock band written in 1974. The arrangement and instrumentation, by producer Michael Napolitano (Ani DiFranco), provides a fresh and modern sonic infusion on every song. Rickie Lee Jones skyrocketed to fame in 1979 when as a barely known artist she appeared on Saturday Night Live. Performing her biggest hit “Chuck E’s In Love” in her trademark red beret, Time Magazine instantly dubbed her “the Duchess of Coolsville.” Since then she has gone on to win two Grammy Awards, appeared on the cover of Rolling Stone twice, and was included in VH1’s 100 Greatest Women of Rock & Roll.

Kane StrangTwo Hearts And No Brain