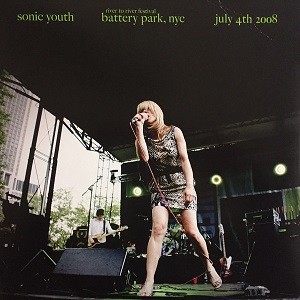 Recorded at Battery Park NYC’s River to River Festival on July 4th 2008, this now classic Sonic Youth set features totemic live versions of career spanning tracks such as ‘The Sprawl’, ‘Schizophrenia’ and ‘Bull In The Heather’. Initially only available with preorders of 2009’s ‘The Eternal’, this incredible live document has been made available again on vinyl a decade after its original release.