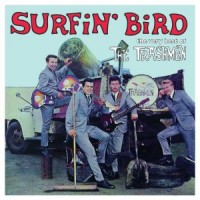 The ostentatiously self-proclaimed “Surfin’ sound of the mid-west” the Trashmen shot back into public consciousness when the single “Surfin’ Bird” narrowly missed the number one slot in the UK singles chart in 2010 after a massively successful online movement which arose from the use of the song in an episode of the popular cartoon Family Guy. “Surfin’ Bird” has also been recorded by numerous artists including the Ramones, The Cramps and the thrash metal band Sodom as well as being used in movies and television shows including Stanley Kubrick’s ‘Full Metal Jacket’. ‘Surfin’ Bird - The Very Best of the Trashmen’ also proves that they were more than a one-hit novelty act, as it features an ace cover of Dick Dale’s “Misirlou”, made famous by Quentin Tarantino’s classic cult movie Pulp Fiction, a selection of well-executed surf instrumentals, slightly surf-inflected covers of “It’s So Easy” and “Money,” and some specially commissioned surf and hot-rod songs