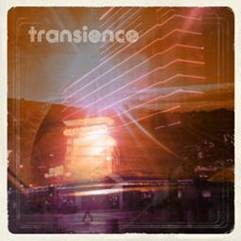 Eric Goulden, the man everyone knows as Wreckless Eric, is a rare example of an older and established artist who hasn't lapsed into comfortable formulas. Exactly a year after his last album, the well-received Construction Time & Demolition, he's back with a new album, Transience. For every song of Wreckless Eric's you remember from his early days on Stiff Records, he's recorded 10 more that you've probably never heard. The early DIY British indie label may have been his entry-level position into the music business, but Eric Goulden didn't stop making music after the novelty of Stiff Records - and his being known as Wreckless Eric - wore off. Forty years on, Goulden is still making insightful music while the original label is but a footnote in music history.

On Transience, Eric is joined by friends including acoustic 12-string guitar player Alexander Turnquist, Cheap Trick bassist, Tom Petersson, Amy Rigby on piano and backing vocals, jazz horn player Artie Barbato, and on drums Steve Goulding, late of Graham Parker & the Rumour - the first time he and Eric have recorded together since Eric's enduring hit "Whole Wide World" back in 1976.

He wrote the songs on the move, alone in grubby rooms, in dilapidated motels, and 'poolside' at rundown, out-of-season resort hotels, during gaps between tour dates. And in roadside cafes, parking lots and launderettes. "I was seeing stuff and writing it down, little vignettes. I felt like I was in a succession of Raymond Carver short stories."

Early on in his career, Eric said that all he wanted to leave behind was an indelible stain. During last year's gruelling tour schedule, Eric lost his mother and also his ex, the mother of his daughter. "You start to think, that's it I'm next. There's more time elapsed than there is time left to go. It's like the school summer holiday when I was a kid - at the start it stretched away endlessly but suddenly there was only a week left and then it was over. We're all going to die, it's inevitable and unavoidable. As this vague concept becomes more than just a disquieting reality, I get preoccupied with what is and what might have been."

The sun goes down and California slides majestically into the ocean. Eric grinds the hell out of a cheap electric guitar.

1.Father To The Man
2.Strange Locomotion
3.The Half Of It
4.Dead End
5.Creepy People (In The Middle Of The Night)
6.Tiny House
7.Indelible Stain
8.California / Handyman