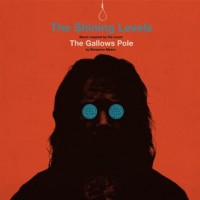 "Resonating with the raw currents of nature, notes of hot human emotion and wild surges of power and defiance which underpin the narrative...This music takes on the textures of hardship and hope, the human continuance and determination to strive in the countryside, to come to some kind of understanding with nature." - Louder Than War.

The Shining Levels are a new music collective based in Northumberland and Durham. Written and recorded on the edge of the northern English moors and using rural folk musicians, loops and electronics, the record is a heady brew of gritty landscape hymns, ethereal acid-folk, borderlands ballads, 70s folk horror TV/film atmospherics, mood pieces, echoes of the colliery bands of old, moor-top drones and much, much more. Music inspired by the novel The Gallows Pole sees The Shining Levels tread similar topographical terrain to The Unthanks, and shares DNA with such disparate musical ancestors such as Pentangle, Sandy Denny, Bridget St. John and Tom Waits, though is its own beast entirely. A combined love of ambient music, hip-hop production and musical obscurities from far-flung countries meanwhile ensure this is a folk record in a very real - and very modern - sense.

Inspired by the real life events of 18th century Yorkshire criminal gang the Cragg Vale Coiners who operate in the Upper Calder Valley in the Pennines, the album's source material, The Gallows Pole by author Benjamin Myers, has rapidly become a modern cult classic. It is the first novel to be signed to Jack White's Third Man Books, and will be published in the US/Canada in November 2019. It has also been optioned for film adaptation.

Drawing on a shared childhood and background with the author, The Shining Levels' music explores themes from the book: an England divided, the potency and mystery of remote rural landscapes, industrial progress, the changing seasons, shifting fortunes, self-delusion and self-aggrandisement, poverty vs wealth, societal power structures - and strange visions of mythical creatures.

"We had a shared playlist which included lots of folk music," explains Davey J.of the influences on the band. "I also looked into pagan music too, which really leads you down the rabbit hole. But I also become obsessed with the app Radiooooo which lets you tap anywhere on a map of the world and select any decade from when recorded music began, so you can instantly flick from Madagascan 70's Jazz to Kazakhstani lounge music. At the same time I discovered all this great ambient / atmospheric / instrumental music that was perfect to work to: William Basinski, Grouper, A Winged Victory For The Sullen and more. These became very important for the mood and the very visual soundscapes, and definitely shaped the way we were writing."

"I've always enjoyed hip-hop productions which sample, loop or collaborate with jazz musicians as it feels a very natural blend of contemporary life and technologies with music of great historical and emotional gravitas," says Dan Coggins. ""I was probably listening as much to RZA or Nigerian Funk as I was Nick Drake when we were writing it. The thought was to do a similar thing here: essentially reflecting on our own cultural environment as a means to illustrate a book which, while being set in a rural past, has a very modern voice and tone."

The album was recorded further up the stony Pennine spine from the novel's setting, in a variety of shifting locations: a rented attic conversion on the outskirts of Durham, a similar rented attic conversion in Corbridge, Northumberland and not-for-profit community centre, Core Music in Hexham. Backing vocals and flute parts were recorded as far away as you can get from the spacious, windswept ancient north before hitting water: a cottage overlooking the sea in Lizard, Cornwall. A small spoken word section was recorded in Mytholmroyd, where the Cragg Vale Coiners ruled with fear and intimidation.

For instrumentation, the idea was to record some traditional sounds but using software to manipulate and structure the music. "I had vague memories of pirate horror VHS's and creepy 70s and 80s British kids' TV music," explains Dan. "I got hold of some old keyboards and a delay unit which gave a bit of that flavour too."

Here then, the bucolic meets the technological, and the rural collides with the digital to thrilling effect. "There's certainly a nod towards what many may consider English folk, certainly in Laura's beautiful plaintive voice," elaborates Davey. "But there's also pounding drums, overdriven electric guitar, loops and samples all over the place. So I think to call it folk music would actually be doing it a disservice. It's a set of quite different songs and moods forming a larger soundscape that hopefully takes the listener on a unique journey.

The band take their name from another literary source: The Shining Levels, author/park ranger John Wyatt's classic 1973 account of living closely with nature in the Lake District. And here it is. Music inspired by the novel The Gallows Pole, an elegiac album of beauty, resistance, anger and poetry. A soundtrack that straddles the ages.