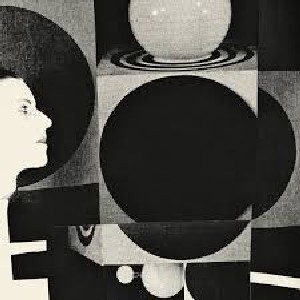 'Vanishing Twin is songwriter, singer and multi-instrumentalist Cathy Lucas, drummer Valentina Magaletti, bassist Susumu Mukai, synth/guitar player Phil MFU and visual artist/film maker Elliott Arndt on flute and percussion; and on this album they have made their first artistic statement for the ages. Some of its great power comes from liberation. The album was produced by Lucas in a number of non-standard, non-studio settings. ‘KRK (At Home In Strange Places)’ summons up the spirit of Sun Ra’s Lanquidity and Broadcast And The Focus Group Investigate Witch Cults Of The Radio was simply recorded on an iPhone during a live set which crackled with psychic connectivity on the Croatian island of Krk. The magical Morricone-esque lounge of ‘You Are Not an Island’, the blissed-out Jean-Claude Vannier style arrangement of ‘Invisible World’ and burbling sci fi funk ode to a 1972 cult French animation, ‘Planète Sauvage’, were all recorded in nighttime sessions in an abandoned mill in Sudbury.

The only two outsiders to work on the recording were ‘6th member’ and engineer Syd Kemp and trusted friend Malcolm Catto, band leader of the spiritual jazz/future funk outfit The Heliocentrics, who mixed seven of the tracks (with Lucas taking care of the other three). Vanishing Twin formed in 2015 - their first LP, Choose Your Own Adventure, which came out on Soundway in 2016; followed by the darker, more abstract, mostly instrumental Dream By Numbers EP in 2017. The band explored their more experimental tendencies on the Magic And Machines tape released by Blank Editions in 2018, an improvised session recorded in the dead of night, offering a glimpse into their practice of deep listening, near band telepathy, and ritually improvised sound making. These sessions formed the basis of The Age Of Immunology.

Emily says: Vanishing Twin have returned this year with a second album of transcendent psychedelic pop. Drawing on far reaching influences in a similar manner to Stereolab, they incorporate elements of krautrock, tropicália and lounge into their expansive soundworld. The comparisons which can be drawn between the two bands are abundant - you can even hear echoes of Lætitia Sadier in Cathy Lucas’ pure, unaffected lead vocals. But the output of Vanishing Twin is not simply derivative. Its members are unique artists in their own right, and their collective sound already bears its own significance.
Listening to ‘The Age Of Immunology’ feels like drifting off to a strange, mythological world somewhere in the unknown depths of space. Each track glides effortlessly into the next and is steeped in dreamlike imagery. In “KRK (At Home In Strange Places)” Lucas’ vocals weave around a loose, polyrhythmic groove and soaring string arrangements. The acoustic guitar steadily sets the pulse in “You Are Not An Island”, suspended above gently glowing electronics and hints of Reichian minimalism. And “Planète Sauvage” is an ode to the cult animated sci-fi film of the same name, featuring a french spoken word monologue which gives way to cinematic strings and a curious synth-organ solo.
It seems Vanishing Twin are a group intent on creating music that defies borders and dissolves genre into genre. Perhaps they fit into an alternative definition of “World Music”, with their influences which reach as far around the globe as their combined nationalities - Belgian, Japanese, Italian, French and American. Who knows where their psychedelic voyage will take them next? For now, let’s delight in their twinkling, cosmic splendour.

1 KRK (At Home In Strange Places)
2 Wise Children
3 Cryonic Suspension May Save Your Life
4 You Are Not An Island
5 The Age Of Immunology
6 Magician’s Success
7 Planète Sauvage
8 Backstroke
9 Invisible World
10 Language Is A City (Let Me Out!)

Vanishing TwinChoose Your Own Adventure