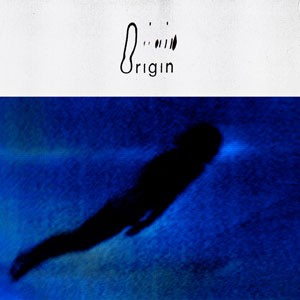 Soulful, intimate and expansive all at once, Jordan Rakei’s third album, "Origin", cuts straight to the point. The melodies are brighter, the sound is bigger and the vision behind it more finely-tuned. Switching up from the highly personal and intimate portrait he painted with 2017’s "Wallflower", which was a way of grappling with his experience of anxiety and introversion, "Origin" is overtly inspired by dystopian visions of our future - notably Charlie Brooker’s Black Mirror, Margaret Atwood’s The Handmaid’s Tale and David Lynch’s Twin Peaks. 'I’m worried that we’re losing a sense of connection,' explains Jordan, with many of the album lyrics exploring technological growth, and how it affects our sense of humanity. For example, new single "Say Something" is 'about speaking up for what you believe in; a call to arms for future humans to stand up against the AI systems which govern a now-dystopian world. It follows recent single "Mind’s Eye", which envisions a future world where malfunctioning tech implanted in the human body has flooded the users mind with projections of chaos. He meditates daily, something he adopted partly in response to his issues with anxiety, and something which has shaped his worldview and informed his writing and production process.

On "Origin", Rakei has scaled up his ambitions, and is more confident in the way he goes about achieving them. Making tracks that speak more confidently, in brighter colours, and which deal with something bigger than himself. He channeled the classic songwriting and musicality of his heroes Stevie Wonder and Steely Dan, striving to surprise and delight with the form of his work, and always infusing it with the same effortless swing and human feel that he fell in love with listening to A Tribe Called Quest, Pete Rock and 9th Wonder.

Millie says: Rakei returns with his new sublime album, exploring themes of a technological and a dystopian future while producing the best jazz groves around topped with soulful vocals. Absolutely gorgeous stuff!