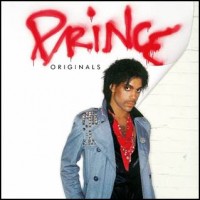 Prince will forever be remembered as a commanding live performer, chart-topping recording artist, and music business revolutionary. Yet for all the time he spent in the spotlight over his four-decade-long career, Prince also worked tirelessly behind the scenes to nurture talent and pen songs for the rising artists he respected.

Sourced directly from Prince’s vast archive of Vault recordings, "Originals" is a brand new 15-track album featuring 14 previously unreleased recordings that illuminates the vital, behind-the-scenes role Prince played in other artists’ careers. These are more than just demos, the production quality has been kept high and the recordings resemble a pristine quality similar to that of "Nothing Compares 2 U", which was released last year.

By the mid-1980s, Prince was dominating the charts even as a writer/producer with songs he’d composed and recorded for others. In addition to releasing nine of his most commercially successful full-length albums, he also wrote and recorded endless reels of material for proteges The Time, Vanity 6, Sheila E., Apollonia 6, Jill Jones, the Family, and Mazarati. Several of the iconic songs found on "Originals" were considerable hits for the artists who recorded them.