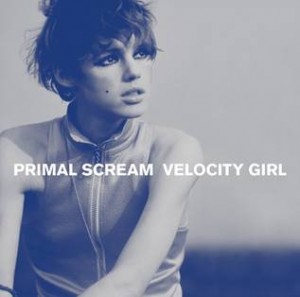 Velocity Girl was originally released in 1986 and quickly become a landmark single for the British indie scene, inspiring the C-86 movement and a generation of guitar bands. For the first ever reissue – it has never been included on any Primal Scream album or compilation – it will be backed by Broken, a brand new song recorded earlier this year. The 7” will be available exclusively to Independent retail stores only.