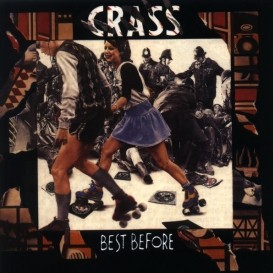 One Little Indian are proud to announce that they will be distributing entire Crass Catalogue on behalf of Crass Records.

Album remastered by Alex Gordon at Abbey Road Studios, as close as possible to the sound of the original release. “As it was in the beginning”.

Best Before 1984 is a compilation of Crass' singles and other tracks, released in 1986, including lyrics and a booklet ("...In Which Crass Voluntarily 'Blow Their Own'") which details the history of the band in their own words.