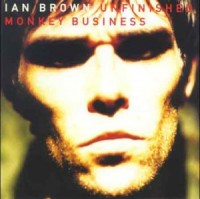 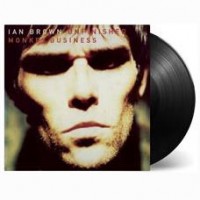 Ian Brown was left high and dry when the Roses split in April '96 and rumours spread that he'd left the music industry for good. Truth is: he almost had! Ian had considered gardening or even selling Roses bootlegs, he felt so disenchanted with  what he'd described as the filthiest business in the world. Apparently it was the will of the people, fans he'd bump into on the street, that constantly encouraged him to get back to it. So it was that 18 months later, around Christmas of 97, his first single as a solo artist was riding our airwaves. It did not disappoint!

The new tunes were superb, but the sound was a refreshing if not puzzling surprise:warm, fuzzy, ocassionally distorted, analogue even lo-fi sounds; clanking drum machines and bashed on acoustic guitars. This was the kind of groovy curio you'd be more likely to find on (Beastie Boys' cool as fuck) Grand Royale than on Ian's new major label. Apparently they begged him for a "name" producer or remixer, but ever his own man, Ian refused.

Mani from The Roses played over a classic Reni shuffle on Can't See Me, which along with My Star (the previously mentioned debut single) and the glorious  Corpses In Their Mouths , smashed into the Uk Top 20, in the days when these things mattered! Elsewhere, the wah-wah laden What Happened To Ya (pure Roses, apparently about the Roses) and epic Ice Cold Cube (one of his greatest ever songs: heavy, dark and mega-melodic) nicely completed the Massive Tune Quota whilst the bluesy and bonkers Lions and squelchy and sleezy Deep Pile Dreams offered texture and variety to an already varied palette. Sunshine sounds like Syd, smashing a song out on an acoustic guitar, one to one in a bedroom. The title track recalls Lee Perry in its cute'n' wonky catchiness.

All in all: a triumph, then. Not shouting from the rooftops, like in his "first band on the moon" pomp, but a small and very satisfying step in what would turn out to be a very succeesful and much loved solo career.

Andy says: Hilariously (and aptly) christened King Monkey by the drummer of Dodgy, of all people, this was the first installment of Ian Brown solo music. Independent and original, it's still one of his best records, after all these years.