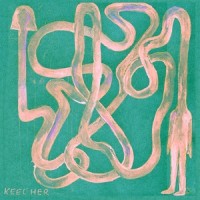 Keel Her's musical output can rightfully be called prolific. Originally from Winchester, Rose Keeler Schaefler has been writing and recording her own songs from the age of 14 on instruments found in charity shops and at car boot sales, culminating in a cassette release back in 2011 on Maximum Violence Records. Since then Keel Her has made an album with lo-fi legend R Stevie Moore and has released a single on O Genesis Recordings, alongside multiple releases on Critical Heights. Her influences include Talking Heads, Linda Smith and The Beatles but there's so much originality it's hard to pinpoint and, well, it just sounds like Keel Her.

With Kindness is a collection of Keel Her’s experiences over the past few challenging years. Her introverted, thoughtful nature is obvious within the lyrics of tracks such as ‘self-sabotage’ and her deep running empathy effects all aspects of her life, be it others’ feelings, nature or the planet. On working with Keel Her, Tim Burgess says: “In 2012 I was handed a recording by R Stevie Moore, it was a track by his favourite artist Keel Her, an artist he had been recording with in Nashville. The song was called ‘With Me Tonight’ and I asked straight away if we could release it. The answer was yes and a seven-inch single of that song with double A banger ‘Boner Hit’ – it was an early O Genesis gem. “Rose Keeler Schaefler is the most amazing and prolific artist and the intervening seven years have given us more fantastic music from the world of Keel her. It’s a pleasure to welcome her back to O Genesis with her new album With Kindness.”

“With Kindness was recorded over a few months of 2018, at home in London onto tape (Studer 16 track),” explains Rose on the creation of the record. “Juan Jacinto on drums, myself on the rest with a few exceptions where James Hoare plays various things, and guest vocals from friends Linda Smith, and Sean Armstrong. The record is a collection of the past few years; frustrations, mental health issues, over-controlling relationships, being judged by the judgemental, being stuck in a routine you don’t want to be in. Although I am not feeling like I did then or in the same situation, it feels like it had to be recorded for the feelings to dissipate. Catharticism?”