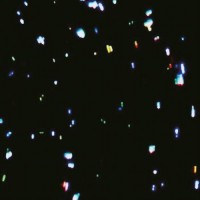 Mule musiq's sub label studio mule has formed a group of shifting members and now release a debut album with 8 tracks of reworked obscure japanese gems. The album contains the three singles the group released so far, featuring Miyako Koda of the ex-perimental pop band Dip In The Pool -- whose "on retinae" was reissued by music from memory to great acclaim -- on vocals and mule musiq staple Kuniyuki on production with direction by label head Toshiya Kawasaki.

One of them, "carnaval," is a cover of the japanese dance classic by Taeko Ohnuki, produced by YMO. "Shinzo No Tobira" is a remake of the track by Mariah, a band led by sax player Yasuaki Shimizu, from their album Utakata No Hibi -- which was one of the reissues that sparked the global interest in obscure japanese music in the last few years. Studio mule's version features japanese lyrics rewritten by Miyako Koda. "face to face" is a cover of the ambient pop gem from the ultra rare album Desire by Yumi Murata of Mariah -- an album Visible Cloaks are fans of.

Also included is a rework of "Kagami No Naka No Jugatsu," a song by Tamao Koike produced by YMO, turned into a dubby Balearic pop track -- dubbier than the version included on the yen label compilation -- sang by Nanako Sato, one of the artists enjoying some newfound success following a string of reissues stemming from the "city pop" revival craze. The oriental ambient pop "Yugao" by singer songwriter Mioko Yamaguchi is covered by vocalist Saho Terao, whom some describe as this generation's Taeko Ohnuki.

"The April Fools" is a rework of Yukihiro Takahashi's track, which itself was also a cover of the original song by Burt Bacharach. This new version boasts a more experimental arrangement with Nanako Sato handling the vocals. YMO's "Ballet," originally with vocals by Yukihiro Takahashi, was reconstructed into a dance floor-ready instrumental by Kuniyuki. Many say Yoshiyuki Ohsawa's "soshite bokuwa Toho Ni Kureru" is one of the greatest songs of the '80s. The 12" dance version is reshaped here into a melancholic Balearic house track.

The album cover is by the increasingly popular hotshot photographer Kota Shouji, ensuring you get the full package of sonic and visual delight.

Patrick says: Mule Musiq gather an all star cast of contemporary and legendary Japanese musicians in their studio, put Kuniyuki at the helm and deliver a majestic set of cover versions of the Japanese classics we've obsessed over for the past five years.