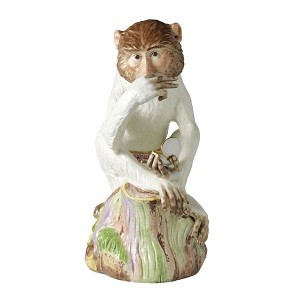 Wide-eyed and hyper-aware, Wives' sound pulses with urgency. The quartet are the latest fit in a long lineage of New York's gritty, melodic-tinged punk-hook-driven, grungy dark-wave that's tethered to daily anxiety without resorting to cynicism. Both the noisy dissonance of Sonic Youth and the clever, cerebral sneering of The Fall simmer as touchstones within the band's music.

'Waving Past Nirvana' trudges forward, a sort of thesis for Wives' sound. It delves unabashedly into feeling removed, its narrator rejecting spiritual enlightenment, literally 'waving past nirvana'. The swaggering cut pulls from the swaying beat of '80s rap, while the chorus jumps forward a decade into a grunge-tinged, anthemic roar.

The band's vocalist, guitarist and primary songwriter, Jay Beach offers: "'Waving Past Nirvana' is a literal interpretation of the bodhisattva—one who has achieved the release, the awakened eye, and yet wants to trade it back for the painful life of desire because she/he/they predominantly feels compassion. This "entering back into the world" to fight a fool's battle is the essence of 'Waving Past Nirvana', and the video depicts one young woman's journey along these lines."

Said video comes directed by Milah Libin (Beach Fossils, Princess Nokia), who adds, "When I listened to 'Waving Past Nirvana' it evoked the beauty and the mundane in a never-ending routine. The closeness to finding some sort of fulfillment, or "nirvana," that keeps bringing one back. It happens to all types of people, but particularly in New York where the beat is so fast and so many come here searching. It's not quite sad; there's something admirable in that search – a sort of dedication.”