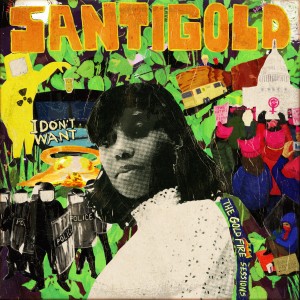 Santigold has announced the exclusive release of her summer-inspired spontaneous mixtape-style project, ‘I Don’t Want: The Gold Fire Sessions’ for Record Store Day 2019 via Downtown Records/AWAL. Available physically for the first time on limited coloured vinyl, including the two singles ‘Run The Road’ and ‘Coo Coo Coo’ playlist on BBC Radio 6Music, the mixtape was recorded with Mixpak Records producer and founder Dre Skull. Initially meeting in a writing session and bonding over their shared passion or Reggae and Afro-Caribbean music the pair became instant creative comrades, agreeing to explore their ideas for a mixtape which ultimately grew into a 10 song recording session, which they came to call ‘The Gold Fire Sessions.

StardustMusic Sounds Better With You