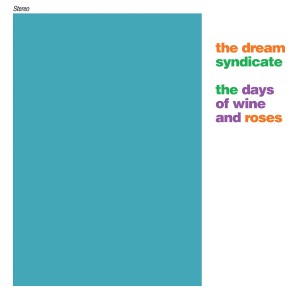 Expanded version of seminal debut from cult band, includes unheard extras and a bonus 7” by 15 Minutes. “The Days Of Wine And Roses’ is as timelessly potent as the records that inspired it.” Uncut // Debut album from the hugely inspirational Dream Syndicate. An exceptional early ‘80s guitar-powered gem, remastered in full and includes the band’s debut indie EP and both tracks from main protagonist Steve Wynn’s earlier combo 15 Minutes. Central to the hugely influential Paisley Underground scene of the early 1980s that spawned Green On Red, The Bangles, Long Ryders and Rain Parade. “Arguably the finest LP to come out of the Paisley Underground's salad days.” AllMusic // With a nod to the Velvet Underground, Quicksilver Messenger Service and Dylan, packed into an incendiary slow-burn punk fuse, ‘The Days Of Wine And Roses’ is a glorious, upbeat sprawl, everything that rock ‘n’ roll should be. “One of the most lasting alternative rock albums made during an explosive time for left-of-centre music.” Psychedelic Baby

The Dream SyndicateWhat Can I Say? No Regrets... Out Of The Grey + Live, Demos & Outtakes