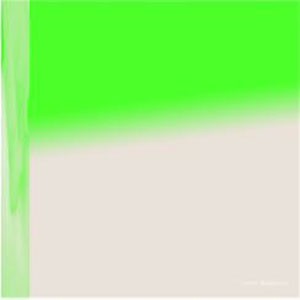 “If you stick to just what you know, your music, your art or whatever your situation is becomes stagnant,” say Denmark’s Lowly. “And we wouldn’t like to miss out on anything, just because we felt too comfortable.”

A band unafraid to reach beyond their comfort zone, Lowly thrive on the embrace of doubt and curiosity. An inquisitive spirit drives the quintet’s second album, which evolved from an open-ended process in large spaces, from lost factory halls to water towers. Released via Bella Union, ‘Hifalutin’ brims with suggestive discoveries from its title onwards. The result is the work of five people expressing themselves freely as a tight collective: focused, yet fertile with possibility.

Warmly received in Pitchfork, Uncut and elsewhere, Lowly’s debut album, Heba, was a feast of dramatic dream-pop. Yet ‘Hifalutin’ is more ambitious still. The album was primarily recorded in a 150 square meter warehouse, just outside the city of Aarhus. Band members recorded their parts as individuals and as a group; meanwhile, the producer, Anders Boll, placed microphones in nooks and crannies of the enormous space, all the better to highlight the dynamics between the band members.

“We dared to be even more curious,” explains guitarist and singer Nanna Schannong, “and started recording without knowing where we would end up. This curiosity released a huge amount of trust and confidence between us: we became much more tolerant of each other's diversity, and dared to give each other space. It also meant that some sketches suddenly became two pieces… or, that eight to nine different pieces suddenly found themselves in one song.”

A willingness to turn their backs on accepted frames of practise, for both recordings and performances, has characterized Lowly since their formation in 2014 at the music academy in Aarhus, Denmark, where they studied different subjects but forged a unique chemistry out of contrast.

As synthesizer player Kasper Staub reflects, “We want to give doubt, and curiosity, a voice. It is needed in a world characterized by obsession and goal-orientated living. You don’t need to know the answer in advance to express yourself. If we don’t allow ourselves to forget the goal, we risk missing all that we did not already know.”

An invitation sent from and to curious minds, ‘Hifalutin’ is luminous modern pop at its most delicate and robust, assertive and open-ended.

Barry says: Lowly skilfully craft a rising cacophony of echoed dream-pop, hazy electronics and smooth synth swells. Carefully layering together elements into a poppy but satisfyingly weird whole. Think of Efterklang in their more introspective moments mixed with the modern nu-dance stacked synth throbs and Bjork's off-piste vocal style and you're at least part of the way there. Really beautiful, immersive stuff.

Go For A Walk
Stephen
Baglaens
Staples
I
In The Hearts
Out Beyond
Children
Ii
Delicate Delegates
Selver
12:36
Iii
Wonder