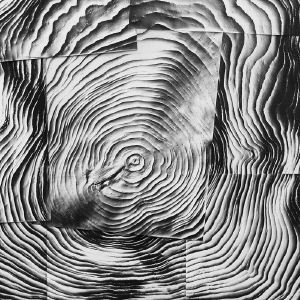 Way back in the early days of Tresor, TV Victor was one of the first artists to make waves on the label, with several of his ambient and trance productions including "Trance Garden 1-3" and "Trancecology Chapter 1". In 1989, he launched his first solo project: "Moondance – The Magic Sound of the Moon", where he lay foundations for later explorations with experimental sounds fused with pop elements and anticipated an ambient excursion to be had in the future.

In the following decades TV Victor created impressive solo works that traversed between ambient and trance, he collaborated with artists like Moritz v. Oswald, Max Loderbauer, Ari Benjamin Meyers, Paul Browse and Tobias Freud. Contrary to common mainstream tendencies he created a very unique interpretation of both genres. In recent years Victor has concentrated on creating experimental and abstract sonic spaces for escaping reality, spaces that live through the imagination of the listener. Each piece, a segment of a larger musical movement; stands alone to create new sonic continuums. Otherworldy music that is in its own sphere.

30 years after the release of Moondance and 50 years after the first landing, Lullabies For Insomniacs revisit TV Victor’s musical roots with ‘Back To The Moon’. The previously unreleased works were carefully selected from his vaults and restored by Berlin based engineer Brett Olke (B Ashra), the album offers a glimpse into the future by creating a soundtrack for mankind’s settlement of beyond in a conceivable hereafter.