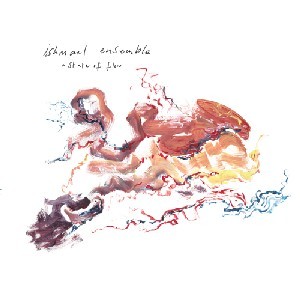 ‘A State Of Flow’ touches on various styles of jazz, stirring ambient invocations, club-ready percussive workouts, spiralling grooves & hazy psychedelic electronica. This would be a confusing melange, but for Cunningham’s excursions as a genre-agnostic DJ – something evident in the real house shuffle of ‘Lapwing’ – which evokes walking into a smoky afterhours haunt and finding a session in full, forward motion or the organic garage beats of ‘Full Circle’ and classic trip hop style ‘Waterfall’ fuelled by Holysseus Fly’s honey toned and evocative vocals.

This album, borne of strong vision and stronger hometown pride, embellishes Ishmael Ensemble as one of the UK’s finest new groups. As shown across ‘A State of Flow’, the future of Bristol’s musical legacy is in more than capable hands.