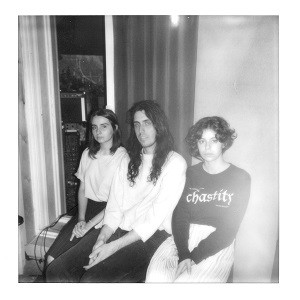 2018 marked a big year for both Chastity, who released his debut LP Death Lust to wide acclaim, and Mourn, who emerged victorious from a brief hiatus with their 3rd LP Sorpresa Familia. Following a summer tour together, MOURN and Chastity come together again to release a limited edition split 7”. Featuring live session cuts from each band and an alternate version of MOURN’s “Sun” (off 2018’s Sorpresa Familia ) recorded with Chastity, this limited edition release highlights two of the most exciting young acts coming out of Captured Tracks.