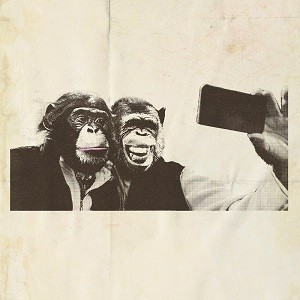 "Age Of The Ego" is the immaculately-crafted eighth album by dance-music-national-treasures Crazy P. Fans of Fleetwood Mac, Peter Gabriel, Grace Jones, Arthur Russell, Jam Hammer, Prince and Bobby O will find much to like, but this is clearly modern music, where heavy clubs beats are layered-up with perfectly-placed arrangement, ace playing and stratospheric soundscapes. Musically, Crazy P’s breadth of studio and writing experience shines brighter than ever, and "Age Of The Ego" has their unmistakeable stamp of quality, but is now augmented with a broader palate, and - like many - a feeling of upset with the state of the world.

'I don't usually write my lyrics in advance, as I feel they’re expressed better in tandem with the music, which seems to help tap into my subconscious. What came out on several tracks was Brexit, the state of UK politics and the way I feel about divisive, abhorrent manipulation by certain media outlets. Thematically parts of album were also influenced by the rise of social media, the struggling education system and how it’s failing our young, and the impact all of this has on us. It’s been hard to not be emotionally influenced by the situation we find ourselves in; not just in this country, but worldwide. I feel very angry and frustrated, but sometimes have to laugh at myself, because I struggle to articulate my feelings in normal conversation. I suppose lyrically it is political, a reflection of the times, but with a twist of humour and always a lot of love,' explains Danielle.

Ok but what do we think? Obviously, it's quite bitter sweet hearing Dani express herself this way; as their music has always sought to uplift and elevate through the optimistic and energetic vibe of disco's past glories. Don't worry though, the music still shines, and the grooves are here to make you wobbly, dance and jump; but look beyond that and there's some inspired lyrical genius contained within. And for that we have to applaud Danielle - it'd be very easy to ignore the current world situation and bury your head in a sand of instagram posts and self-indulgent tweetings. Instead Danielle, and the rest of the band of course, have taken the moral stand and addressed the issue. When musicians have the platform and influence that they do, Dani almost makes it seem criminal that on the whole the music community doesn't do more to change things. Here's to the revolution!

Crazy PIf Life Could Be This Way

Crazy PAge Of The Ego (Remixes)