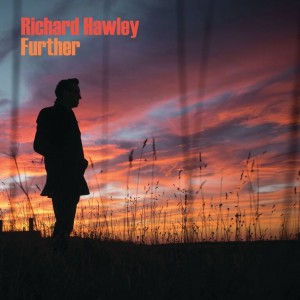 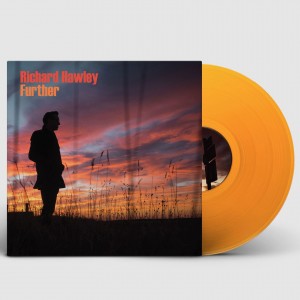 It’s been a while since the last Richard Hawley album - 4 years in fact. During that time he made a decision to break the recording / touring cycle he’d been working since he was 14 and went off to write music for films and also an acclaimed musical, "Standing At The Sky's Edge", based around a housing estate in his home town. But now he’s back, with a new album, and although there’s plenty of the swoonsome, croonsome Hawley we know and love, he’s not been afraid to push the boundaries a little.

If you’re a 6music listener, then you can’t fail to have heard the opening track, the bluesy rock’n’roll stomp of “Of My Mind” - maybe a bit of a shock to the system for long-time Hawley fans, but fear not! It’s followed my the Smithsian “Alone” and then the gorgeous “My Little Treasures” - a beautiful, heartfelt song written about drinking with two of his late father’s oldest friends. The sweeping strings and pedal steel of the title track and slow strummed ballad  “Emilina Says” wind things down beautifully.

I don’t know if the album was put together with the thought of an A-side and B-side in mind, but that’s how it comes across, with both sides opening with a big ballsy blast that slowly eases as the needle creeps inwards. The B-side opens with “Is There A Pill?”, with it’s pounding drums and big string surges that bring to mind “A Design For Life” era Manics. It’s followed by the chugging “Galley Girl” and then gently drifts into the languid “Not Lonely”. “Time Is” could be a Neil Diamond cover (he wrote some gems you know!) and is followed by my favourite track on the album “Midnight Train” - classic Hawley! And finally, the album is rounded off with the short but sweet, gentle strum of “Doors”.

“Further” is possibly the most diverse album Richard Hawley has recorded, but it flows beautifully - partly down to the wonderfully intertwined guitar playing of Hawley and long-time cohort Shez Sheridan, but also because Hawley is such a great song writer. If like me, you are unsure on first listen, stick with it - it’s worth it!

Richard HawleyStanding At The Sky's Edge