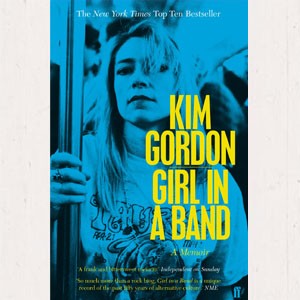 A new edition, part of the Faber Social's Greatest Hits series -- books that have taken writing about music in new and exciting directions for the twenty-first century.

In Girl in a Band Kim Gordon, founding member of Sonic Youth and role model for a generation of women, tells her story. She writes frankly about her route from girl to woman and pioneering icon within the music and art scene of New York City in the 1980s and 90s as well as marriage, motherhood, and independence.

Filled with the sights and sounds of a changing world and a remarkable life, Girl in a Band is a moving, evocative chronicle of an extraordinary artist.

Lizzy GoodmanMeet Me In The Bathroom