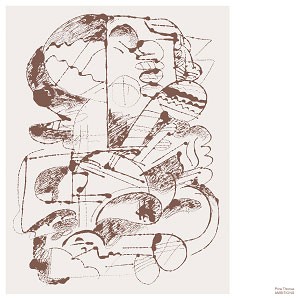 "Ambitions" is Prins Thomas’ 6th album and his second solo album for Smalltown Supersound (plus two duo albums with Bjørn Torske and Bugge Wesseltoft). "Ambitions" picks up from were he left off with "Principe Del Norte". Still ambitious, but the tracks are shorter, more melodic and more concise. Prins Thomas also offers up his first vocal track, lead single "Feel A Love." Or to be precise, it's based around a sample of the track "Feel A Love" by one of the biggest pop-stars in Norway in the 70s and 80s, the late Alex (Naumik).

”The sun rises, the sun sets. This collection of new songs wasn't intended as an album at first. It gathers up loose ideas sketched down on my computer or hummed into my handheld recorder in the last 2 years with a shifting work environment, from hotel rooms in San Francisco, backstage in Osaka, on a plane from Miami to Chicago, my garden patio, and finally my B15 Studios in Asker.

The common thread was found later during overdubbing and reworking these sketches under the critical ears of label boss Joakim Haugland. Most of the tracks were finalized in the studio at the same time as my previous collaborative album with Bugge Wesseltoft. Bugge even kindly joins in on the album's closing track "Sakral".

Ambitions is my 6th album and I would like to thank the following people for their direct inspiration: Jon Christensen, Jaki Liebezeit, Haroumi Hosono, Daniel Lanois, Eberhard Weber, Shinichi Atobe and Ricardo Villalobos." - Prins Thomas, February 2019

Patrick says: Quickly joining John Dwyer and King Gizzard (probably a real name) at the top of the 'prolific musicians we love' chart, Prins Thomas releases his gazillionth LP this week. A more succinct and potent set than his last solo outing, 'Ambitions' offers us cosmic, kosmische and Balearic jams, along with a surprising vocal number based around Alex's Norwegian pop hit "Feel A Love".

A1. Foreplay
A2. XSB
A3. Feel The Love
B. Ambitions
C. Fra Miami Til Chicago
D1. Urmannen
D2. Sakral