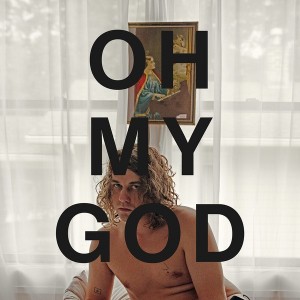 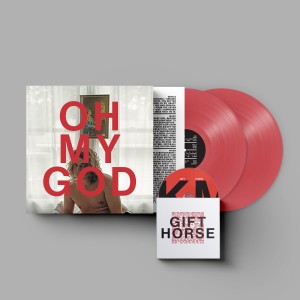 This is Kevin’s opus - a 2LP concept album on spirituality and religion. Throughout his four solo albums and myriad records of various collaboration, Kevin Morby has recognized in his work the ubiquity of an apparent religious theme. Though not identifying as “religious” in the slightest, Morby—the globetrotting son of Kansas City who has made music while living on both coasts before recently returning to his Midwestern stomping grounds—recognizes in himself a somewhat spiritual being with a secular attitude towards the soulful. And so, in an effort to tackle that notion head-on and once-and-for-all, he sat down in his form of church—on planes and in beds—and wrote what would become his first true concept-album: the lavish, resplendent, career-best double LP Oh My God.

“This one feels full circle, my most realized record yet,” he says. “It’s a cohesive piece; all the songs fit under the umbrella of this weird religious theme. I was able to write and record the album I wanted to make. It’s one of those marks of a life: this is why I slept on floors for seven years. I’ve now gotten the keys to my own little kingdom, and I’m devoting so much of my life to music that I just want to keep it interesting. At the end of the day, the only thing I don’t want is to be bored. If someone wants to get in my face about writing a non-religious religious record? Thank god. That’s all I gotta say.”

Barry says: Although Matt and I agree that the front cover of this looks unbelievably like a topless Dom Kozubik, don't let that put you off. 'Oh My God' is a tenderly delivered and perfectly measured slice of indie songwriting. Morby's ear for a tune and perfectly balanced juxtaposition of tender, brittle balladry and uplifting soulful soothe make this one for every collection.

SIDE C
9. Storm (Beneath The Weather)
10. Congratulations
11. I Want To Be Clean