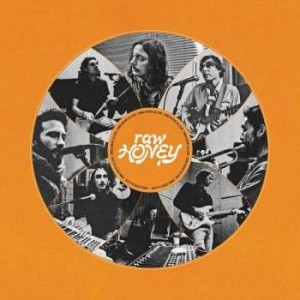 “All anyone wants to be is what they can.”

After becoming enmeshed in the Los Angeles underground scene after 2013's The End of Comedy, Raw Honey (Michael Collins second album as Drugdealer) sees Collins once again leading an ace crew of collaborators to coalesce the spirit of Drugdealer’s classically modern pop with lush arrangements, memetic melodies, and a vulnerable tunefulness that tries to make sense of self-doubt and connected loneliness in our shared simulacra.

Barry says: I can't think of a more appropriate home for Drugdealer than on Mexican Summer, with the jagged psychedelic twists and turns and gorgeous, swaying haze of 70's pop shing through every note played, 'Raw Honey' is by far Collins' most assured offering yet and expands upon his already established palette with stunning songwriting and a few perfectly chosen collaborators.