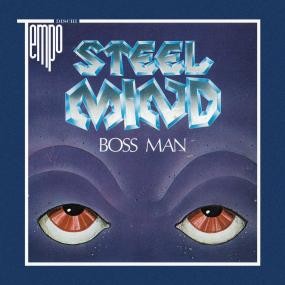 The newfly minted Tempo Dischi is an Italian label dedicated to the discovery and reissue of lost classics from the Italo Disco, Afro and cosmic scene. Their first release, much to the delight of this Piccadilly staffer, is a repress of the total cosmic classic "Boss Man" by Steel Mind (bootlegs be gone!). The work of Piero Torsani, taking a break from his time with space rockers Caelestium, Steel Mind was born out of a desire to explore the sonic landscape of Krautrock. Now, while he may have missed his target a little, the Italian producer did deliver one of THE GREATEST COSMIC TRACKS EVER. In case you haven't heard it, "Boss Man" brings us mechanical percussion (sort of like the slowest steam train ever), a badass bass sequence and the widescreen white funk guitar typical of Baldelli and Loda's tripped out selections. Also available in a club friendly edit from the Tempo Dischi crew, this bomb is primed to get hammered for another 35 years. On the B-side we get "Boss Man's" original B-side "Lionel", in all its stomping space synth brilliance. The sequencer belches and gurgles, drums snap and sine waves soar while the infectious live bass keeps your hips swinging from below. Finally, the Tempo Dischi crew take a trip through Pietro's archive to turn up an unreleased cut featuring the Caelestium vocalist Marisa Luca. As Italo is its likely to get "Summer In The City" kills it with pitch bent bass, dramatic vocals and a vintage drum program - how did this never make it out?