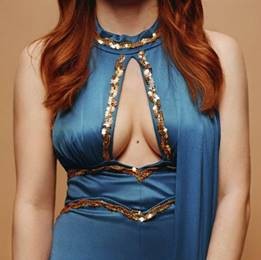 Jenny Lewis returns with her fourth solo album, On The Line - the follow up to 2014’s critically acclaimed The Voyager.

The 11 all new original songs were written by Lewis and recorded at Capitol Records’ Studio B, and feature a backing band of legendary talent including Beck, Benmont Tench, Don Was, Jim Keltner, Ringo Starr and Ryan Adams.

David says: Jenny's fourth solo album is by a long way, her best. The self confessional songwriting that works its magic throughout 'On The Line' is like a gossipy phone call with your favourite (forsaken) 'bad' sister, full of tales of the kind of life you wish you were living and all delivered in THAT voice. Unmissable.