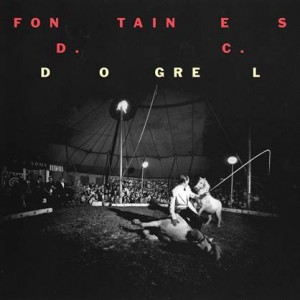 After a handful of singles (all of are included here), one of the most talked about new bands of the last 12 months finally release their debut album. Their visceral pop has drawn comparisons to Idles amongst others, but what really stands out and sets them apart is their roots. Straight from the off, there is no doubt where they’re from; Irish through and through. Their hometown of Dublin is a constant reference point throughout from it’s literary past to modern day life in the city. Considering the band have only actually been a band for three years, this is a remarkably assured debut that’s hard to ignore.

Andy says: One of the year's most eagerly awaited albums did not disappoint when it arrived in April. A punk/post punk rock'n'roll band who actually sing about stuff, this record hits with the power of an early Smiths, Arctic Monkeys or even Oasis (more in attitude than anything else). It's like a poem to Dublin, getting out as much as revelling in, and singer Grian Chatten is the most authentic frontman we've heard in a long time.