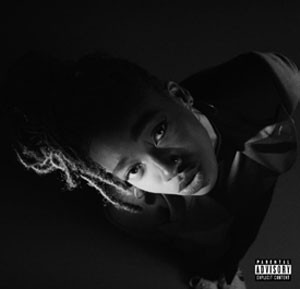 Simbi Ajikawo, crowned Little Simz, lets her work do the talking - and her prolific releases and boundary-breaking achievements clearly tell a story of a pioneering hip-hop artist who leads the way on her own terms. Giving lauded, energetic performances, critically acclaimed albums, sold-out headline shows around the world, and international tours with the likes of Gorillaz, Anderson .Paak and Ab-Soul, this visionary 24 year old woman from North London is living out her childhood dreams to heights of excellence - and inspiring her generation to do the same.

Millie says: North London’s Little Simz has turned hip hop on its axis in recent years and excels herself with ‘Grey Area’, an LP exploding with high energy, rapid flow and sharp production. A bold and ingenious lyricist, she peppers her fourth album with twists of dry humour and quick wit; ‘had to let you mature like some fine wine’ from the hit track “Selfish” gets me every time. These comedic phrases are matched with provocative barbs and personal experiences, lending this flawless listen depth and realness. Her bars are intelligent and fierce, leaving no doubt that this is a powerful black female voice in hip hop whose importance should not be overlooked. “Pressure” juxtaposes melancholic piano chords with fat off-kilter beats, a balance which is mirrored by her emotive and gritty lyrics. Alongside this, “101 FM”s’ 8-bit beats are reminiscent of a forgotten game-console soundtrack, the perfect backdrop for a nostalgic narrative focusing on growing up in London and playing Mortal Kombat.
However “Venom” has to be the stand out track on the album for me, you can feel her rage as it strikes through each verse, exploring themes of inequality of race, gender and class throughout: “They would never wanna admit I'm the best here, from the mere fact that I've got ovaries”. The focus she draws upon surrounding her experience as a woman in hip-hop and within wider-society is refreshing and important. Her flow is incredible, I can’t do it justice to just say how good it actually is; this is one amazingly talented woman. If you listen to one song from this entire booklet, make it this.