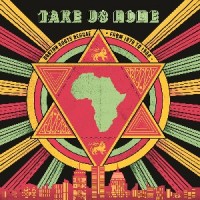 In the 1970s reggae music burst forth from its birthplace of Jamaica and took over the world. Who would have ever thought that one of the first outposts it captured on its way to global domination would be an unlikely city known mostly for its Brahmin heritage and blue-collar brawlers as well as for violent racial polarization? Boston, Massachusetts was the first region in the US to really 'get' reggae, adopting it as early as 1973 when the city’s huge student population turned the lowbudget Jamaican B-flick 'The Harder They Come' into a midnight cult classic.

The city would gain a reputation as a key market for any international reggae act trying to gain a foothold in America. But besides being early enthusiasts and advocates for the music, Bostonians would also become bountiful producers of reggae as well, with a network of clubs, singers and musicians coalescing to form an organic Boston roots scene: A scene that would yield acts as varied as Zion Initation (a solid, spiritually-inclined Rasta band), to the I Tones (an ambitious, multiracial group that set a new standard for pop success), and even reaching across New England to embrace the Vermont-based Lambsbread (a latter-day reggae reincarnation of the legendary African-American proto-punk trio Death, later made famous by 2013’s revivalist documentary A Band Called Death').

Boston-based music journalists / historians Noah Schaffer and Uchenna Ikonne have teamed up with Cultures of Soul to compile an overview of some of the most crucial cuts to emerge from Boston during the height of the reggae boom in the 1980s. Formatted on CD or 2LP set both configurations come with a 28¬page book documenting the rich history of this music scene with in-depth analyses and photos of the reggae artists involved. Almost all of this music is reissued for the very first time, including rare gems such as Danny Tucker’s “Our Father’s Land,” Zion Initation’s “Think About It,” I Tones’ “Love is a Pleasure” and Lambsbread’s “Two Minute Warning” are sure to delight both roots connoisseurs and newcomers to the genre, and open up a time tunnel to a little-known golden age of American reggae, and an even less-known scene that facilitated the expansion of the music into an international phenomenon.

Patrick says: If movies are to be believed (and I did do 13 secs of Demographic research) Boston is entirely made up of Irish Americans wearing flat caps and letterman jackets. Improbably, alongside the entire Dropkick Murphies discography, the people of Southie were also America's early adopters of reggae, birthing the wealth of local artists and labels covered here. Wicked smart...