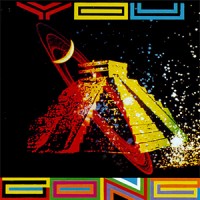 Recorded in late 1973, You is the final instalment of the group’s Radio Gnome Invisible trilogy and was the last Gong album made before the departures of both its founder member and driving force Daevid Allen and its inspired guitarist Steve Hillage, who was soon to embark on his highly successful solo career. ‘You’ is undoubtedly the most sophisticated and best produced Gong album, its highlights including “Master Builder”, a gentle Buddhist chant which developed into a frantic live favourite, and the extended, synthesizer-driven “A Sprinkling Of Clouds”.