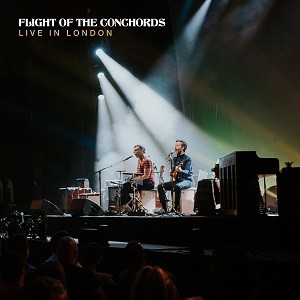 In October of 2018, ten years after the launch of their hit HBO series, musical comedians Bret McKenzie and Jemaine Clement returned to HBO for the all-new comedy special. Live in London was taped before a live audience at the Eventim Apollo and featured the Conchords performing songs from the sold-out UK and Ireland edition of “Flight of the Conchords Sing Flight of the Conchords Tour.”

*Bonus Tracks (not Included In The TV Special)

Flight Of The ConchordsI Told You I Was Freaky