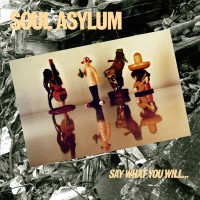 Originally produced by Bob Mould, this reissue is co-produced by Twin/Tone Records co-founder and Replacements manager, Peter Jesperson and Grammy®-winner and Omnivore Recordings, Cheryl Pawelski. This fresh vinyl pressing of Soul Asylum’s debut, Say What You Will . . . Everything Can Happen is the first since it’s original 1984 Twin/Tone release and has been restored and mastered by Grammy®-award winning engineer, Michael Graves at Osiris Studio and cut by Chris Muth at Taloowa.